Skip to content
Learn crypto with friends during WeGro’s Power Hour- save your seat now! 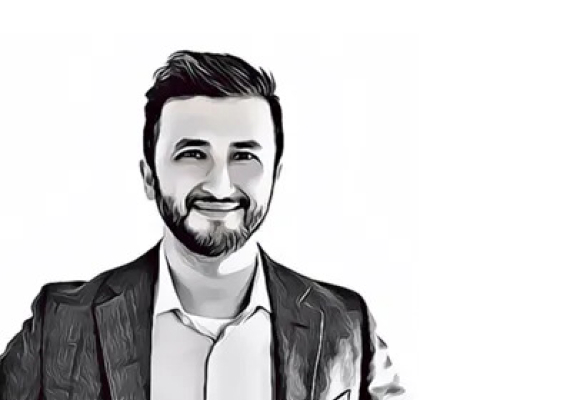 Hanover, PA-based blockchain solutions provider, WeGro, is looking to expand on the successful launch of the Wegro token (WEGRO) with the phase two build-out of it’s own blockchain operating system.  This will include the implementation of a consumer-facing business with a focus towards both the B2B, and B2C, data science and analytics.  Aligned with this roadmap, WeGro is excited to announce that it has added AJ Jaghori as a key member of the executive team, chairing both the Crypto and Data Industry Boards that will include an illustrious team of industry titans.

AJ Jaghori’s career spans an illustrious twenty-five years, during which he held influential positions at the top of some of the world’s most preeminent tech companies.

A 40 under 40 nominee in the Fortune Magazine for the Most Influential People in Business, Jaghori has had 7 successful multi-exits as a technopreneur and has helped with the US Government’s expansion of open-source software usage. Moreover, he is a Blockchain 1.0 (Hyperledger) pioneer and a distinguished TED speaker that holds degrees from George Mason University (Engineering), Massachusetts Institute of Technology (Fellowship), and Harvard Business School (sabbatical).

A self-taught programmer, Jaghori cemented his entrepreneurship early; selling his first company at 19.  He has lived through the Silicon Valley mantra 7 times, learned unconventional business tactics through failures, and rode a billion-dollar “unicorn”; all before the age of 30.

In his roles prior to joining WeGro Coin, Jaghori has demonstrated his technical leadership capabilities in both the commercial and federal government industries and has become one of the leaders in the national and global technology marketplace, including organizations like L3 Communications and a founding principal at Android/OHA (acquired by Google in 2015).

Jaghori will serve as the Chairman of WeGro’s Crypto & Data Advisory Boards, bringing in leaders, operators, and tacticians from Web3, 5IR, cyber security, and FinTech industries, and will work to help navigate these ever evolving industries.

Walt Rampata, CEO of WeGro Coin, said “With Jaghori’s experience in entrepreneurship and globally significant cyber and tech solutions, WeGro Coin will be able to rapidly scale a revolutionary decentralized project within the blockchain space. Jaghori’s track record of entrepreneurship, combined with his significant contributions to the world’s technology community, make us excited about his addition to the WeGro team.  We have some important and impactful goals for WeGro that we feel even more attainable with Jaghori’s addition to both Wegro Coin LLC and WeGro Data, Inc.. We’re very excited to have him on board.”

More information about AJ Jaghori can be found on the company’s About page at https://wegrocoin.com/about/.

WeGro Coin is the first decentralized project for investment and an upcoming blockchain solution, surrounding the cannabis supply chain in the United States.

WeGro enables everyone to safely participate in the hemp and cannabis industry through the supply chain, while simultaneously democratizing and monetizing anonymous community data assets which go directly back to the community.

After a successful public launch on December 16, 2021, WeGro has been listed and is available on the decentralized PancakeSwap exchange.
For more information contact WeGro at info@wegrocoin.com or visit WeGro Coin website https://wegrocoin.com.

Buy now
How to buy

Menu
Buy now
How to buy

Directions for Existing Holders to Add the New Wallet Address:

1). From the main screen of Trust Wallet, click on the slider icon in the upper right-hand corner.

2) Scroll to the bottom and click “add custom token”.

3) From there please change the chain from Ethereum to Smart Chain.

4) Paste the new contract address in the next field down.

5) The Name, Symbol and Decimals should automatically populate. If they don’t please check that you have completed the other steps correctly.

6) To confirm it’s: WeGro for name, WEGRO for symbol and decimals are 18.

Hit save, and this should populate your coin in your new wallet.

Benefit early and get notified when we launch!